John Dougherty is a former teacher and now author of the Stinkbomb and Ketchup-Face series, the Zeus stories and many more.
Download Classroom Version 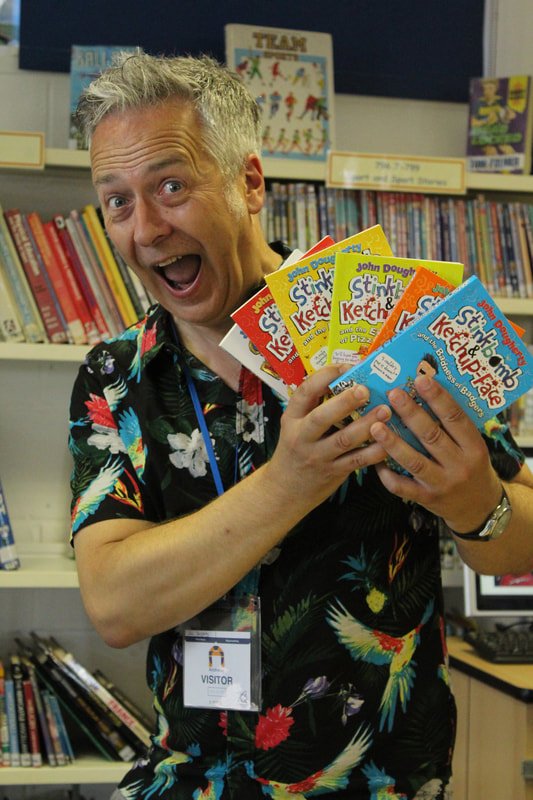 It’s difficult to pick one, but if I have to, it’s probably The Lion, the Witch & the Wardrobe. The Narnian chronicles were the first novels I remember reading which involved ordinary children having extraordinary adventures; the magic of their going through an ordinary wardrobe into another world, meeting talking animals, and helping to defeat a truly villainous and dangerous witch, utterly captivated me, and Lewis’s build-up of the expectation around the appearance of Aslan had me gripped. And then there’s the astonishing Stone Table sequence; there are few passages in literature, I think, with quite the same power: from the humiliation of Aslan, through the torture and death, and then the reappearance to the desolate Susan and Lucy, I don’t think Lewis missteps on so much as a single word. I was already a lover of reading when I entered Narnia, but I don’t think any book had ever connected with me so forcefully, on such an emotional level, before.

When I’m doing school visits, I always say that I’m proud of all my books and I can’t pick a favourite; and that’s absolutely true. But it’s a bit of a boring answer, so I’m going to mention two of my books which make me feel particularly proud. The first is my award-winning picture-book There’s a Pig Up My Nose, which I’m proud of at least partly because while I always had faith in it and believed that children would love it, it took me almost 2 decades to find a publisher for it. The second is Stinkbomb & Ketchup-Face and the Great Big Story Nickers. This series revels in meta-fictional absurdity, but in this one I took it to another level; the villainous badgers find a copy of the book and start messing about with it, rewriting the story as it’s happening and even sticking bits of other books in, so that our heroes suddenly find themselves in the middle of Treasure Island or The Wonderful Wizard of Oz or a story about zombie teachers. Chapters go missing or turn up in the wrong places. Meanwhile, there’s a little boy called Alfred Kendon-Furtado who’s won a competition to be in the story and wants to be given something to do (we really did run a competition, and Alfred was the actual winner). It’s all very complicated and a bit mad; it took quite a bit of work to make it make sense, and I’m pretty proud of how – with my editor’s help, of course – I pulled it all together and made a coherent, entertaining and really quite funny story out of it.

There are lots of reasons for reading. It helps you to understand yourself and the world better; it develops empathy; it widens your world-view. So much of the knowledge I have, I’ve picked up from books and stories. It provides distraction; entertainment; focus.

More importantly for me, though: throughout my childhood, reading was my lifeline. I was, though I didn’t fully realise it at the time, a terribly unhappy boy, and reading made me promises. It promised me that life could be better. It promised me that I could make a difference in a world where I felt utterly insignificant. It promised me – to quote a famous paraphrase of Chesterton – that the dragons can be killed. Those promises still hold. 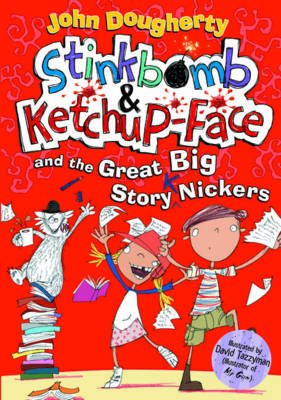 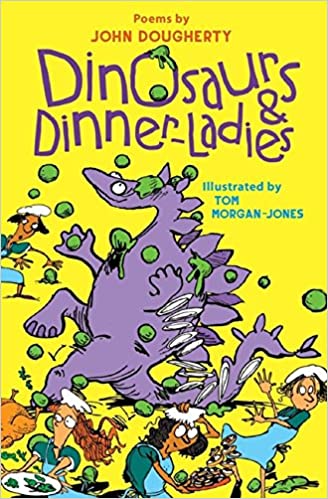