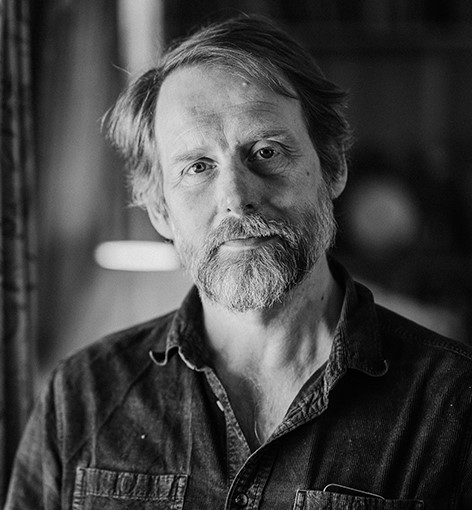 I've always loved fairytales, and myths and legends, and I loved Hans Andersen stories. When I was 10, my mother was worried that I wasn't reading enough, and she bought me a box set of ghost stories. They were expertly crafted tales by famous writers. I found the stories terrifying and addictive. The scariest of all was a story by H.G.Wells called The Red Room.

Growing up Catholic, the rich, dense, resonant language of prayers and hymns and Bible stories was also a big influence. Above all I like that flavour of genuine mystery that is bound up with a sense of deep meaning. The two go together: it is the sense that the mystery really matters, that there is some unfathomable truth there, always just beyond our grasp.

As a child, the books that had most impact on me were The Hobbit and The Lord of the Rings, which I read aged 13. They were magically convincing and romantic, and I just want to soak myself in the mood of the story world. I loved the Narnia stories too, and I was astonished to discover that C.S.Lewis and Tolkien had been friends, writing their stories at the same time, and critiquing each other's work. Both were very influenced by G.K.Chesterton, who I only discovered as an adult, but who articulates a lot of my own feelings better than I ever can myself. All three were Christian writers.

My favourite book is The Lying Carpet, a spooky fairy tale, and the only story I've written for older children. (I'm currently working on a YA novel.)

The Lying Carpet is about a statue called Faith who had thought she was an ordinary girl just daydreaming by a window, when suddenly she realizes she can't move. She is in a locked room, in a grand house, with no one to talk to except the tiger skin Carpet, on the floor nearby, who she can only see out of the corner of her eye.

The Carpet tells her stories, he talks about how she was made, and about his own life as a tiger, and then he says he's heard she was a real girl turned to stone. His stories contradict one another, making less and less and sense – he says he is a fake, he says he is a ghost of a tiger, he says he is a flying Carpet, that he can travel through time and be in several places at once. Faith's frustration builds until she is so angry that she gets up without even thinking.

That was what the Carpet had wanted all along and they fly off together: a happy ending and a beginning of all sorts of unspecified adventures.

The book took 12 years from my first idea to final publication. One reason I spent so long writing the story is that I just loved the atmosphere, and I wrote endless rambling conversations between the two characters, until I had a trunk full of material that badly needed structure. It took a long time to sculpt it into a good story-shape, ditching whatever didn't keep the narrative moving. My editor, Janice Thomson, was a huge help – she loved the story, but was also able to be absolutely ruthless when necessary. It got some lovely reviews, in the New York Times and elsewhere, but it is now out of print.

“Reading for pleasure” instantly raises the question of “What is pleasure?”  We live in a materialist, utilitarian age, when sensory gratification is deliberately confused with happiness. Lasting happiness depends on cultivating a profound sense of meaning and purpose. And the best route to meaning is through self-sacrifice: giving not receiving.

A lot of books just seek to tickle the reader and nothing more. It's the easiest thing in the world to make a child laugh – it's much more of a challenge to make them think. The highest aim is to help them cultivate a real sense of meaning.  Viktor Frankl thought that the deepest human need was the need for meaning – that we are meaning-seeking creatures. The stories we choose and the stories we tell ourselves make us who we are.  They can make us resilient or brittle, hopeful or despairing.

There is great reluctance to distinguish between good and bad, in both art and books today. (Chesterton understood it in his own day too – and he saw that the problem would only get worse.) I often hear people in children's publishing and education say, “Any reading is good reading.” They don't really mean it, but that's what they say. I suppose they are trying to be encouraging, but it sounds like they don't really care.  If you care about stories, then you care about certain sorts of stories that say certain things. I've read children's books that aim to strip all sense of magic or soul from the world – I wouldn't call that kind of book 'good reading'.

An Italian thinker said that modern culture “aims at the elimination of transcendence.”  The idea of transcendence is that we can sometimes touch the divine, that we can bridge the gap between the Real and the Ideal.  Society is becoming increasingly literal-minded, intolerant of mystery, eager to bring everything down to earth with a bump – as if we're only ever just this, or just that.  The opposite of literalism is metaphor.

Carl Jung believed that metaphor has genuine healing properties. Metaphor exists in a magical space where one thing becomes another, where something can be two (often opposite) things at once, where we can be both, this and that.

Resonant, poetic language allows us to approach things that are otherwise impossible to talk about, to hint at unfathomable truths. You can savour truly poetic language endlessly – it never quite gives up its secrets. That is one of the real pleasures of reading for me. 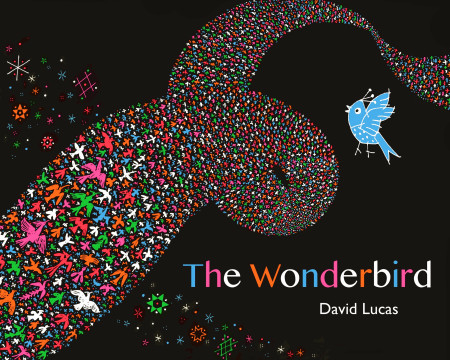