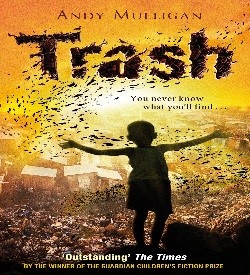 TRG Aylesbury Buckinghamshire is new this year. With 22 practitioners from 14 schools, we’re an enthusiastic bunch and when it comes to getting our hands-on books, we don’t need asking twice. But, after my stunt in session 1 to get teachers reading outside of their comfort zone almost back-fired, ( see below) I was delighted that everyone come back for session 2 and had enlightening stories to tell about their books, their perceptions and their work with children.

What happens when you disappoint a teacher?

At the first session of our OU/ UKLA group, I was delighted to find that there was a box of brand-new books just for us at the front of the room. Untouched books with that 'fresh from the printer' smell when you open the pristine pages are exciting. More so when you get to choose your own. So, I delved in and pulled out a delicious non-fiction book filled with wonderous creatures, illustrated in water colour on stroke-able matt pages. This book was new, it was amazing and, for a short time at least, it was mine.

It turned out that that time was indeed short, for a mere two minutes later we were sent off on a game of ‘hunt the first line’ to find the book we were actually destined to take home with us. My first line did not match the book in my hands. I was upset and grumpy. What I ended up with was a book of fiction. It had won awards, but I wasn't looking forward to reading it.

On the drive home that evening I laughed at myself for being such an emotional learner and got around to thinking about how children must feel when we present them with books to read from a reading scheme or recommend a book (rather than offer a choice). I had an assembly the next day and I knew my new book was coming with me.

During the assembly the children all had a guess at which type of book I might have picked out of the box, learnt about my excitement of choosing a new book and how frustrated I'd been to hand it over to somebody else within minutes. And then I talked about my new book and how I felt about it. I told them how I was now slightly interested since it had won awards and that I was going to give it a go. I challenged them to have a go at reading something they wouldn't normally (and I'd made sure I would read the book – once you tell children about something, you must do it!) At the time it was just an assembly and my attempt at forcing myself to read the book that I wasn't sure I would read, but it quickly became more.

Within a week, children were approaching me after assemblies and in the corridors to say they'd tried something new. Most of them said they'd stick with what they liked but sometimes they surprised themselves and found out they really did like something different. I've done another assembly and now there's a hashtag #trysomethingnew, some teachers have taken it into their classes and are talking about books with their pupils. In September we had a refurbished library, but I'd argue we have something more exciting now- the kids have started talking about books. Just a little bit, but it's exciting.

And what of the book? It was hard work initially and then I got involved. It wasn't the story about dumpsite kids I thought it was goingto be. It caught me unawares and made me cry, then I had to finish it.

If it happens to cross your path, give it a go. You never know, you might like it. Trash by Andy Mulligan. A book written in 10 days. 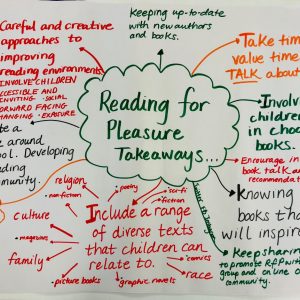 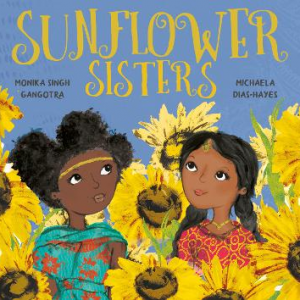